The Tampa Bay Times (formerly the St. Petersburg Times) does great investigative work, but its editorials can best be ignored, unless one is looking for good examples of illogical and sloppy thinking.

A recent manifestation is the Times‘ crusade in favor of fluoridation. In its 18 March

full-page editorial, “Reverse the decay of common sense” (a plea that ironically can be applied to how it composes its own editorials), the Times spewed out violations of reasoned analysis in a gusher of polluted newsprint:

1. The editorial starts with a blend of grade-school appeals to emotion and ad hominem attacks: “Defining moment,” “Midwestern sensibilities,” “extremism,” “tea party followers,” “conspiracy theorists,” and “tiny antifluoride group.” This pompous puffery is irrelevant to whether or not fluoride in our drinking water is beneficial.

2. The editorial then states: “The evidence that fluoridated drinking water is safe and prevents tooth decay is overwhelming and widely embraced,” followed by a list of two federal agencies, a state agency, and two dental associations.

This is a great example of the fallacy of naming an expert or two, or even a consensus of experts, to support a claim. Citing experts, however, neither supports nor refutes a claim. Experts make claims that are often wrong. Brilliant people, even Einstein, have said dumb things. Plus, experts can be biased or corrupt. It is the science and analysis presented by experts that are important, not the experts themselves.

Although the editorial listed pro-fluoride evidence (the flaws of which I will not dissect here), no informed contrary views were expressed. Not one, in the entire full page. Since it doesn’t take much digging to find some credible professional opinions opposed to fluoridation, this seems inexcusable if one expects a newspaper to hew to the journalistic standard of being fair and balanced.

3. Fallacious economic analysis: “The annual savings [of no fluoridation] per resident works out to 29 cents.” First, viewing the 29 cents in isolation makes it seem like a trivial sum, which is a fallacy of context: numerous government expenditures, when viewed individually, look like trivial sums, although they may accumulate into a mountain of headache for the taxpayer. Second, even assuming that fluoridation is not harmful and is beneficial (not proven anywhere in the editorial), the actual economic question is, is the expenditure of taxpayer money appropriate, particularly when individuals can obtain fluoridation via toothpaste or mouthwash? The Times seems to think that it is fine to force everyone to pay for those few who may not be able to afford fluoridated toothpaste. To properly determine the worthiness of fluoridation, however, would require a review of government spending priorities; e.g., perhaps that 29 cents would be better spent on community policing.

I could continue, but hopefully my point has been made. Also, although my research indicates that there are credible folks with anti-fluoridation viewpoints, please note that I am not taking a position one way or the other with regard to fluoridation. What I am doing is demonstrating that the Times editorial on the issue is rife with logical fallacies and devoid of a balanced scientific discussion. The editorial’s harsh attack on county commissioners opposed to fluoridation was therefore inappropriate.

How can this be? How can the Times crank out such shoddy work, while still claiming to be a clear-thinking community leader? I will try to answer that in a future post.

Proud About Your Family Tree? Look Down Into Its Roots And You’ll Find A Worm 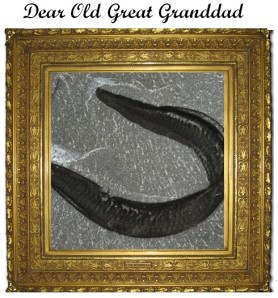 An Essential Rule For Not Being A Fool

Engineers know that measured data points require context to be meaningful. For example, the total miles that a car can travel on a tank of fuel is not economically useful knowledge, unless you also know how many gallons of fuel the tank holds, and the cost of the fuel per gallon. If you know all this, you get a meaningful metric: miles traveled per dollar spent. In addition, there can be supplementary but important considerations such as safety, pollution, styling, and reliability. Therefore, to properly evaluate economic alternatives, all important factors must be converted to a baseline of total benefits per dollar.

Here are some examples of meaningless data that are commonly used to try to fool people:

Dollars spent per pupil. (The important metric is how much a student learns per dollar spent.)

“On Sale” dollars spent for a car, lipstick, sports equipment, or any consumer purchase. (The important question to ask is, “What benefit will I get from spending the dollars?” rather than concluding, “Wow, the on-sale price is much less than the normal price therefore it must be a good deal.”)

Benefits of taxing the rich 1% on behalf of the 99%: (This example is a case where both benefits and dollars spent (extracted from the rich) are difficult to properly define and determine. For example, how do you define “rich”? Is this a person or a corporation? How much money = rich? Is that earned income, or investment income, or total assets, or a combination? And should everyone who is in the 1% group be taxed more? Why not 2% or 1/2% or some other %? Also, since rich people often become poor, and the poor often become rich, how long does one have to be rich before you would say they are truly rich? Or what about someone who invents something that benefits society? What about someone who’s been poor and wins the lottery? How about an athlete who’s paid a lot of money for their physical talent? Even assuming you can arrive at a rational and moral definition for “rich 1%,” the proper question becomes: what benefits are obtained for every dollar extracted from those folks? This is a complex question not easily answered by the simplistic 1% versus 99% “fool’s chatter” that one typically hears.)

Government dollars “invested” in green energy (or education, or bridges, or whatever). (The important metric is the benefit provided per taxpayer dollar spent, where the benefit to all of the taxpayers is honestly defined and measured.)

AN ESSENTIAL RULE FOR NOT BEING A FOOL:

A useful corollary to the above is: don’t make decisions or listen to arguments where benefits and expenditures are not clearly defined, or are distorted by appeals to envy or other emotions.

Posted by engineeringthinking on February 8, 2012 in Context, Engineering Thinking Principles, Protecting Your Pocketbook

As we mentioned in “PolitiFact Is Light on Logic” and “PolitiFact Earns “Pants On Fire” Rating,” the PolitiFact “fact checking” organization is simply not credible.  As yet another example of how they tailor their arguments to match their preconceptions, consider the 22 June 2011 article, “Bogus Stimulus Claim Recycled.”

This is at least the second time that they have assigned a “False” label to a claim that is not false, but in fact is completely reasonable. That claim is, “the [Obama] stimulus failed to increase jobs.”

In Engineering Thinking, an analysis is not worth anything unless the data being reviewed are considered in context. PolitiFact has a penchant (when it suits them) to evaluate statements completely literally, rather than in the common-sense meaning that the speaker intended.

So here we go again. PolitiFact looks up some data to show that the stimulus “saved” or “created” jobs.  Therefore they rate the claim as False.

But in its full context, the claim can be reworded as,  “the [Obama] stimulus failed to increase meaningful, permanent jobs that pay for themselves.”

Let’s do an analysis to see why this claim is true:

2. I go to the bank and get a loan so that I can hire myself to do that job I always wanted to do (watching and evaluating sports teams) that no one else would ever pay me to do.

4. At the end of the year, when the money runs dry, I am (a) back where I was a year earlier, without a job, (b) plus I now owe the bank my year’s salary plus interest. (The wife is not happy.)

In other words, the Obama “stimulus” provided salaries to folks who would have been laid off because of lack of funds, or provided salaries for temporary jobs (remember the army of census workers?). The stimulus funds were loaned to us by foreign countries. So, now that the money is gone and the economically-unjustified and short-term jobs have disappeared, we taxpayers owe a foreign country for the salaries the government spent on all of those “created” or “saved” jobs, plus interest.